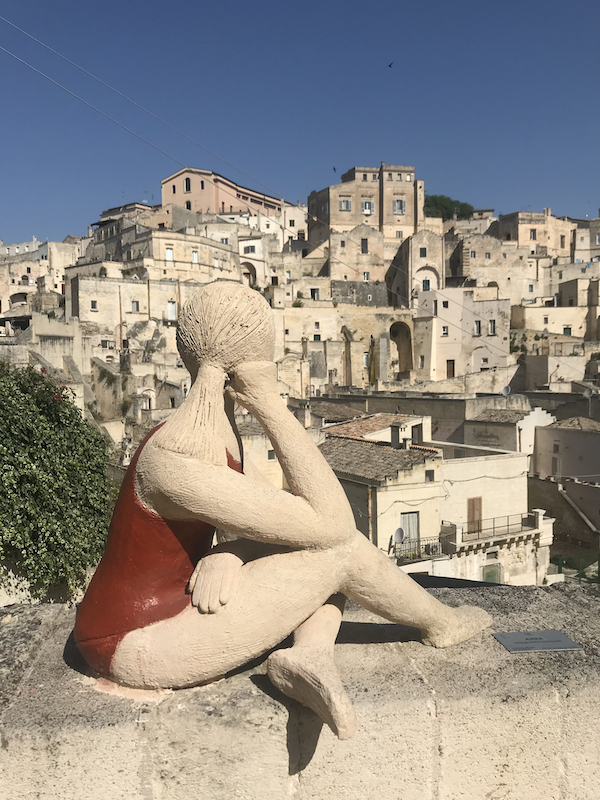 Matera, from being “the shame of Italy” to “Capital of Culture” 2019

Today it’s essential to visit Matera because it tells the story of an incredible rebirth, made of pride, resilience and dignity. Matera was first defined “Shame of Italy” in the 50’s to become the “Capital of Culture” in 2019.

The richness of the province of BAsilicata

If you think about Matera, you think about a visit to the stones, a walk though the small streets, getting lost among the beautiful renewed houses, the colors of the white stone that change along the different times of the day and the weather.

But the aim of my blog is to let you know places that are less known but are very significant if you want to know a place.

This is the reason why I decided to speak about a museum to start with if you what to appreciate the historical, human and social value Matera must transmit.

CASA NOHA belongs to FAI, an institution that aims at safeguarding the cultural heritage of Italy, and is in the very heart of Matera close to the Cathedral of Saint Mary “della Bruna”.

At “Casa Noha” you will be taken by hand and led from the dawn of Matera’s history to today.

You will see breathtaking pictures and videos of the stratification of Matera from the Paleolithic to the publication of the novel by Carlo Levi “Christ stopped at Eboli”.

In another room the voice of Luisa Levi, Carlo’s sister will tell you about the inhuman life conditions of the farmers’ working class in Matera. The mortality rate of children was at 44% for the bad hygienic conditions of the houses that didn’t have a sufficient air circulation.

The publishing of “Christ stopped at Eboli” by Carlo Levi was a watershed for the future of Matera. The fame of the novel attracted all the exponents of the political parties of those years.

Togliatti defined Matera “the shame of Italy”, De Gasperi maintained Italy should feel ashamed of letting about 20000 people live in such unacceptable conditions, if you think that at that time people in our country started to travel by plane.

In 1986 the stones were inhabited again and Matera could live its second Golden Age that reached its peak in 2019 when Matera was “The Capital of Culture”.

Believe me the museum is very informative and suggestive! After the visit stop at the bookshop where there’s a small room with a touch screen table. You can find pieces of advice of other routes following several themes such as for example Matera and the water or Matera and the cinema.

Can I give you a piece of advice? Check the opening times of “Casa Noha” e check if you need to book in advance, we had to go back there two days in a row to visit it!

Remember that if you are a member of FAI (Fondo Ambiente Italiano) the entrance is free. We decided to enrol after the visit and we got the 12€ of the entrance back.

Matera can’t leave you indifferent, I felt the story of Matera belonged to me, too as Italian and I’m really proud of it!

It’s not a chance I decided to organise on the 18th November a live on the smallbutgold Facebook page. I wanted you to discover Silent City Experience an example of experiential tourism.

What place enchanted you for its history? Tell me in the comments below! Can’t wait to read you!