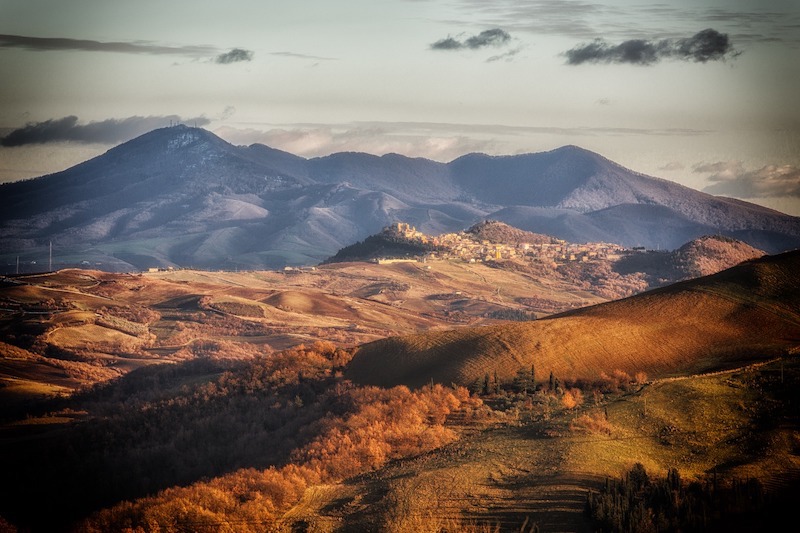 Irpinia is a stunning region, the green heart of Campania, an area only 60 km away from Neaples.

It’s still quite unknown but rich in history, art, tradition, nature, authenticity and genuine products. This wonderful place is protected by mountain ranges and represents an area of Italy with huge touristic potentialities.

Thank you Francesco Celli, president of “Info Irpinia” for the beautiful post!!!

I would also like to thank Cristiano Castellano, Fabio di Grezia and Antonello Pignatiello for the stunning pictures!

In ancient times this region has been “the land in between”, since people crossed it usually for business between the Tyrrhenian and the Adriatic Sea. We shouldn’t forget that the area is close to the Appian Road. The history of Irpinia is very old. Finds of Prehistoric, Roman and Medieval times have been found. Today it is possible to reach it in 40 minutes by car from the Napoli Capodichino Airport.

The symbol of this land is the wolf, the totem animal of the ancient tribes from Irpinia. Its being wild, bold, independent and very connected with its territory and its community well mirrors the spirit of the natives.

Irpinia is rich in sources, it is one of the most important catchment area of Europe, since it provides water to a great number of the inhabitants of South Italy, from Campania, Basilicata and Apulia

It’a a place of millenarian traditions that are still handed down from father to son, such as the tarantella of Montemarano, a very ancient dance.  To these traditions also belong the artisan manufacture of straw, iron and pottery

As far as food and wine are concerned this region can offer many excellent products. Let’s start by naming three DOCG wines: Fiano di Avellino, Greco di Tufo and Taurasi. It’s one of the few provinces in Italy that can boast so many wines with registered names, whose personalities and organoleptic properties are really unique. Besides the exquisite wines, you can also find in Irpinia an extraordinary variety of cheese, one is the Carmasciano, whose taste will impress you. You will also find fine Extra Virgin Olive Oils, such as the Ravece.  More products are the PGI chestnuts and many more Traditional Food and Drink Products such as hazelnuts, mushrooms, black truffle, peppers, figs, the Ramata onion, and many more!

10 STOPS IN IRPINIA YOU CAN’T MISS

MONTEVERGINE. The twin mountain to the Vesuvio, going West towards the interior, it dominates Avellino and the village Mercogliano, from where it is easy to reach by car or by cable railway. On the top of it, at 1200 mt, where you can visit the Marian sanctuary. It used to be a pilgrim destination in the MIddle Ages, inside it is possible to visit the museum where vintage nativity scenes from all over the world are shown. It also contains Norman finds, the Abbey treasure and rare paintings of the Neapolitan School of the 18th century. If you go up to 1400 mt you will admire the Campomaggiore and St. John plateaus. The latter is still today the destination of the transhumance from Apulia.

It is inside the Regional Parc of the Piacentini Mounts at a height of 1000 mt, and you can reach driving along the Ofantina Road through the typical villages of Volturara, Montella, Bagnoli. Its huge and dense chestnut grove, the stunning Caliendo caves and its extraordinary naturalistic conformation make them a dream for hikers, speleologists, sport lovers and lovers of nature in general.

ROCCA SAN FELICE AND THE MEFITE

Stunning sulphurous ponds adored in Sumnite and Latin ancient times. Virgil mentions them in the Aeneid as one of the gates to the Hades. They are in Rocca San Felice, beautiful village with a medieval soul. Three elements characterizing the area, i.e. the presence of sulfur in the ground, the herbage and presence of the Lauticada sheep (a native ovin species), are the secrets for the Carmasciano Cheese, a valuable and aromatic excellence, whose production is restricted to this area.

It is located in the area of the town of Sant’Angelo dei Lombardi, and was founded by St. Guglielmo from Vercelli just like the Abbey in Montevergine. It is still possible to admire its almost impressive untouched architectures. The qualified and intelligent restoration gave value to the structure. Along the centuries it has hosted nuns’ orders, today it hosts conferences and cultural and artistic events.

This village is surrounded by vineyards as far as the eye can see and it can be considered a little capital of wine. The homonym red wine is strong and aromatic.

You can walk in the shade of the walls of the castle, among small alleys and wineries, as if in a fairytale. This is the perfect destination for food and wine enthusiasts.

In the south-east of the province, near the pass to Salerno and the Basilicata. It is a green patch of land where the Sele rises. This is where the Apulian Aqueduct is, a massive engineering construction, that distributes water to the southern Apennin. In Materdomini, a hamlet, there’s a sanctuary dedicated to the cult of St. Gerard, that attracts one million of tourists every year.

It’s located near Nola and Neaples. The town can count on an archeological heritage of great interest, including the stunning and well preserved Roman Amphitheatre and a fascinating Lombard Castle. The name of the town derives from the Latin expression “nux abellana”, that is to say the Avellana hazelnut, which is grown here.

Its colorful houses clung to a hill that make it to a photography icon. It is known for the Sponz Fest founded by Vinicio Capossela about alternative art and music. Nearby, the mystical village Cairano, where happiness rhymes with being isolated in Nature, breathtaking landscapes of the artificial lake of Conza.

Ideal destination for antique classical music lovers. The completely restored  castle, that was the house of Prince Carlo Gesualdo from Venosa, widely known madrigalist, whose life was afflicted by the honor killing of his unfaithful wife, Maria D’Avalos. Every single stone reminds of this tragic story.

Orange Flag by Touring Club Italia, the town is included in the list of “The most beautiful villages in Italy”.  It embodies the beauty of the whole Irpinia. Let yourself be conquered by the grim castle, by the maze of the little alleys in the historical centre, where everything reminds of the 19th century. You will also be delisted by the extravergin oil of Ravece.